How to enable Geofence ?

First, include the MOGeofence in the pod file and run pod install

To integrate the MOGeofence SDK manually to your project follow this doc.

This will fetch the geofences around the current location of the user.
Geofence Handler also has callbacks for didEnterRegion and didExitRegion. You can get these by confirming to the MOGeoDelegate.

First, create a geofencing campaign on your MoEngage dashboard. You can test geofencing in the following ways: 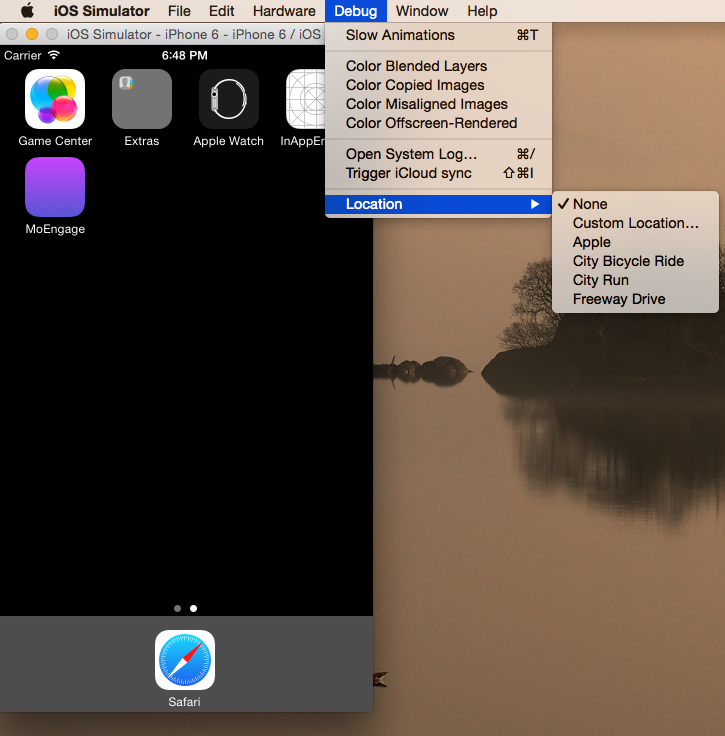 If you get the respective call back (the delegate methods in MOGeofenceHandler), you are good to go. On simulator you will not receive push notifications.

b) You can add a gpx file with the locations configured. A sample gpx file looks like this:

On the device, once you get the delegate callback for enter or exit in a region, a notification will be sent to the device. This happens instantly, but the notification might take upto 10 minutes.

Once you have received the notification, to identify geo notifications, there is a custom param “cType” = “geo” in the param app_extra, as shown below: